Renowned memory manufacturer Crucial first announced its debut line of DDR5 memory products in October 2021. The next-gen memory modules arrived with promises of faster transfer speeds, better power management, and double the effective bandwidth of their DDR4 predecessors. Unfortunately, high demand combined with serious supply-chain woes kept many DDR5 products off the shelves and out of our hands until recently—which is why we waited until now to review them.

The first thing you notice about Crucial’s memory modules is that, aesthetically speaking, they are relatively bare. No decorative RGB lighting or fancy heat spreaders here. Instead, what you get is a no-frills, all-black-everything PCB that, despite its lack of flash, looks pretty tough. If you don’t agree with our aesthetic assessment, that’s OK. There are plenty of third-party heat spreaders you can throw on if you want to gussy the sticks up a bit. Just remember: these are baseline modules, so a heat spreader won’t do much in terms of performance.

Installing memory modules is typically a straightforward process and that was true for our setup. Our current test system features an ASUS ROG Maximus Z690 Hero motherboard with four prominent DIMM slots, so installation took all of thirty seconds. Line up the pins, firmly press the modules down into the DIMM slot, and you’re good to go.

As we mentioned earlier, Crucial’s DDR5 modules are baseline kits—that is, they are all rated DDR5-4800. “DDR5” identifies a memory module’s generation (e.g., DDR3, DDR4, etc.) and “4800” denotes its clock speed measured in megahertz (MHz). So, in this case, the Crucial sticks are all DDR5 memory modules with 4800 MHz clock speeds.

To put those numbers into context: the current standard of DDR5 memory speeds range from 4800 to 7200 MHz. So, while Crucial’s DDR5 memory is significantly faster than its DDR4 predecessor, it’s still just the baseline clock speed for the current generation of memory. You shouldn’t expect it to keep pace with every other DDR5 module out there, especially those rated DDR5-5200 or higher (though you might be surprised just how narrow the performance gap is between Crucial’s memory and some of its overclocked and seemingly overpriced peers).

To test Crucial’s memory modules, we used a handful of benchmark applications, such as Cinebench and PCMark 10, as well as some timed compression tests we conducted ourselves. We tested them with and without Extreme Memory Profile (XMP) enabled, as well as overclocked up to 5200 MHz.

Across the board, we saw Crucial consistently scoring higher on its benchmarks than many of its peers, and even against some modules with higher speed ratings. Not surprisingly, the best scores were achieved while the sticks were overclocked, but XMP benchmarks weren’t far behind. Testing the modules using just the stock profile settings, we saw performance scores that topped most other DDR5-4800 modules, though not many sticks rated DDR5-5200 or higher. However, the difference in those scores was often so slight as to be inconsequential, highlighting again just how well the Crucial modules performed.

Considering how well Crucial’s modules scored in our benchmarking tests, you might expect them to incur a heftier price. Even without the superfluous ornamentation, performance this good usually comes with a significant markup. And yet, as it has done with past generations of memory, Crucial defied those expectations and made its DDR5 memory shockingly inexpensive—cheaper than most, if not all, of its competitors. In other words, Crucial’s DDR5 memory returns outstanding value, arguably the best you’ll find among all DDR5-4800 modules.

Unadorned, unassuming, and unparalleled, Crucial’s memory modules are among the best DDR5-4800 speed class options available. The all-black boards won’t draw your eye the same way as their RGB-illuminated peers, but if you can get past the lack of ornamentation, what you’ll find are some of the best tuned sticks out there, at a cost that makes their overall value unbeatable. And, if you’re comfortable with overclocking, enabling the XMP mode on these modules makes them even better. We highly recommend these modules.

Have you used the Crucial DDR5-4800 modules? Tell us about your experiences in the Comments section, below. 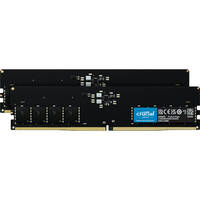 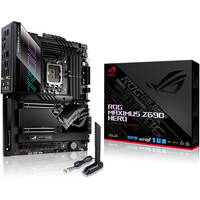